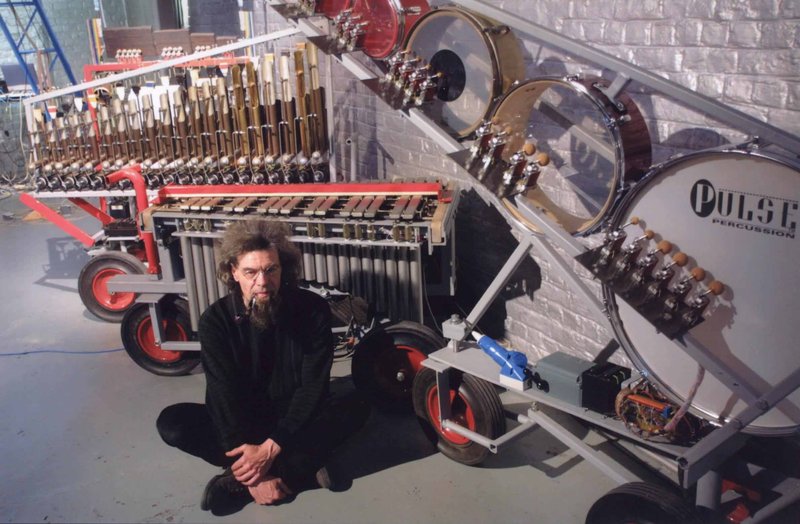 We are greatly honoured to host a keynote talk from Godfried-Willem Raes of the Logos Foundation, the composer and instrument maker, who taught at Ghent Royal Conservatory and the Orpheus Higher Institution for Music. Godfried-Willem deserves the title of "music maker" in the broadest and deepest sense, composing music, making music happen by hosting hundreds of concerts per year, and making dozens of robots that make music. His robot making has become particularly well known in the UK, in part through his collaboration with the prolific producer of Cornish Acid, Aphex Twin.