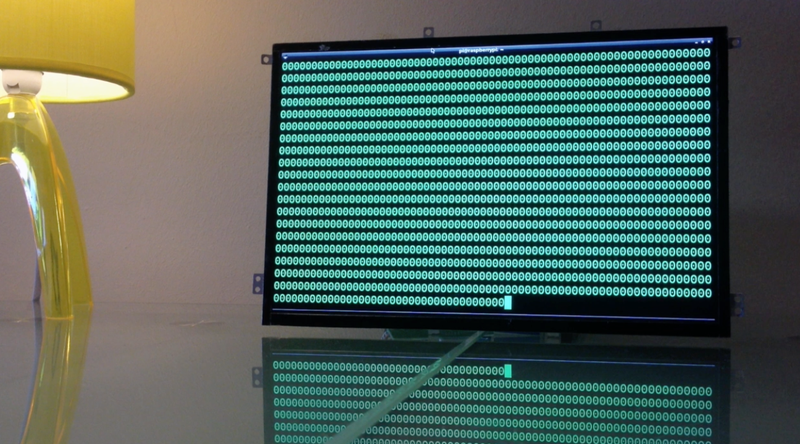 I am an artist, software engineer, researcher and educator. My work, spanning between live elec- tronic performances, a/v compositions and media art, has been performed or exhibited throughout Europe, USA, South America and Australia. I am currently lecturing at the University of Limerick (Ireland), where I teach several subjects in the field of creative coding and live technologies for audio-visual performances. Recently my research interests focus on phenomenological approaches to art in digital culture. As artist, technologist and theorist I am interested in the societal impli- cations of technology (e.g. artificial intelligence).

Whether we believe or not that science can one day provide us with computers that can mimic human behaviour, we, as people engaging in art practises, should be, probably more than anyone else, very careful in the dealing of such topic especially when ideas such as artificial intelligence (AI) and creativity or consciousness are presented in the same context. Beyond sci-fi plots, the concerned scientific and aesthetic literature too often offers text in which computer programs generating art are addressed as creative entities (or agents). This is, in my opinion, a cultural trap caused by a wealth of concomitant factors, from sociological, psychological, historical to philosophical and all more or less connected to long lasting tradition of a so-called positivist attitude in relation to knowledge. It is not my intention to re-iterate here the many historical arguments presented in favour and against the feasibility of intelligent machines. Nor it is my intention to suggest that much of the work done in artificial intelligence and art is oblivious of such literature. Nor that many of these works are built from a genuine belief in computer’s ability to think creatively or helping us to dream of a distant future. If anything, my intention is instead to reflect on the limitations that our reality, in fact a heavily technologically mediated reality, imposes on our dreams.

AI Prison is one of a series of artworks that engages, seriously and humorously, with ontolog- ical and philosophical issues surrounding AI. In that respect the work’s premises pertains to the possibility, or better impossibility, for a system to independently self-organize and self-evolve its own physical memory paths. Trapped by a series of human-built ‘chains’ (virtual memory, mem- ory management units etc.), computers’ softwares are ‘locked’ within themselves and forbidden the possibility to evolve and act intentionally. With these ‘chains’ in place, it does not count the complexity of the computational methods deployed (see any AI technical literature in that regard) since the chains are beyond the control of the program itself and unbreakable by it (or overlooked by the programmer). Thus, simplicity will suffice here. The aesthetics are generated by the result of a C++ program that repeatedly test for evidence of intentionality. Evidences that, so far, have been quite predictably refuted. The code reads as: