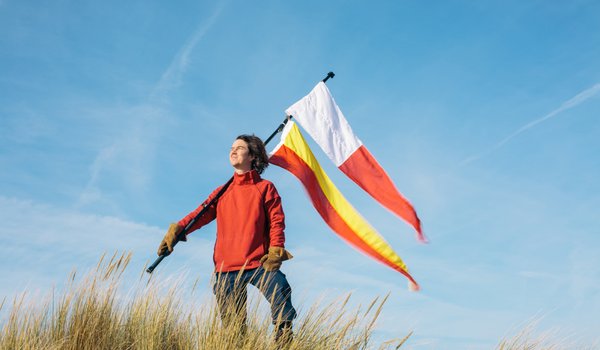 “One of the bourgeoning stars of post-electronica” (The Wire)

Bradford-born, Wakefield-raised John Burton grew up fascinated by sound, and as a young boy would often drift off to sleep to the diffuse tones of his dad’s progressive rock collection emanating from the room beneath him. He tried piano, guitar, and a short stint playing mouth organ but they failed to captivate him. It wasn’t until halfway through his painting degree at Norwich School of Art and Design that he discovered the computer he bought to write his dissertation could take him on new sonic adventures by recording and manipulating sound.

His first recordings reached the offices of Planet Mu Records in 1999 where its founder and Aphex Twin collaborator Mike Paradinas encouraged John’s more experimental efforts. During this time, he acquired his artist name, suggested by a friend who compared his creativity and industriousness to that of a leafcutter ant. Working with Planet Mu, John released three critically-acclaimed albums which culminated in the release of The Housebound Spirit, an album which combined elements of music-concrete and electro-acoustic music with voice and guitar work more commonly found in folk music. It won an Honorary Mention at the 2004 Ars Electronica Awards, and was featured in The Wire's top 50 records of 2003.

His fourth album The Forest and the Sea was nominated for Best Album (Qwartz Electronic Music Awards 2007) and was toured extensively throughout Europe and Australia. Resurrection, released in 2015, marked another shift for John, building on his formidable reputation as an inventor of unusual handmade electronic instruments and extraordinary music software. For the track Gulps, John used a recursive software system to layer a recording of the North Sea 7.1 billion times, once for each human alive on the planet.

For his latest (seventh) album, John is thrilled to team up with fellow stalwarts of idiosyncratic electronica Border Community on the joyously upbeat Yes! Come Parade With Us. Weaving field recordings from the Norfolk coastline together with layers of lyrical modular synth, it comprises seven bright-eyed anthems that beam with positivity and a sense of place. An intensely personal project, John has also hand-drawn the labyrinthine album art and animated his own suitably exuberant rainbow-hued video to accompany the boundless enthusiasm of the restorative title track Yes! Come Parade With Us.

As part of his ongoing quest to create more expressive instruments with which to write and produce music John has designed, built and developed a unique light controlled musical interface which is the heart of his live show. Comprising a light sensitive controller and bespoke Max/MSP software which he plays gesturally using handheld lights. He has performed with it throughout Europe and given talks and workshops at various music and art schools, including the Royal College of Music. In 2012 he took this system to Vietnam at the invitation of the British Council and in 2014 played it to a sold-out Roundhouse in London supporting Imogen Heap. In 2015, the interface won the Qwartz Electronic Music Award for Innovation.

Since 2004 John has been a key member of experimental jazz band Polar Bear, recording five albums with them, touring extensively and picking up two prestigious Mercury Prize nominations. John has also performed with Shabaka Hutchings, Talvin Singh and Imogen Heap, supported Matmos, Otomo Yoshihide and Yo La Tengo and twice been part of Beck's band at the Barbican, London. In 2007 he was also invited to perform at Jarvis Cocker’s Meltdown Festival at London’s Southbank Centre, alongside Beth Orton, Grace Jones, Nick Cave and Roisin Murphy.

Living up to his industrious artist name, John is also a prodigious producer and remixer. His production credits include Bas Jan and Melt Yourself Down and he’s currently working with Ed Dowie on his second solo album. And he’s been commissioned to provide scores for countless theatre, dance and poetry luminaries, such as the Handspring Puppet Company and renowned choreographer Wayne McGregor. John has also written custom software for artists including Jon Hopkins (as used on his 2018 album Singularity) and experimental beat boxer Jason Singh.