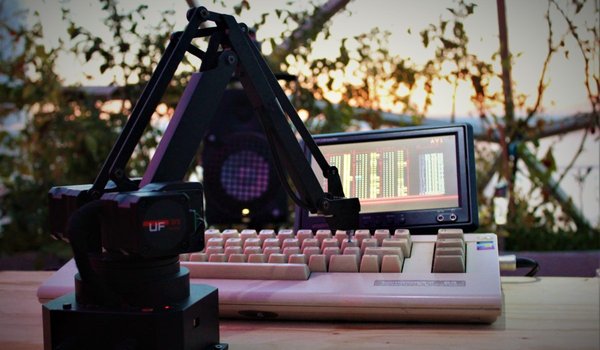 Goto80 is an "old media artist" from Sweden who has released thousands songs in a wide variety of genres and formats since the 1990's. He was one of the first to perform 8-bit music on stage around 2000, and is today perhaps the only one who live codes music on a Commodore 64. As an artist he usually works with man machine materialisms, and has published research about the demoscene, chip music and text mode graphics.

Jacob Remin lives and works in Copenhagen, Denmark. he has BA from DTU (Denmarks Technical University, 2008) and an MA from CIID (Copenhagen Instute of Interaction Design, 2009). His practice is a critical and poetic meditation over technology as material, often manifested as physical works in the meeting between light, space, composition and interaction.