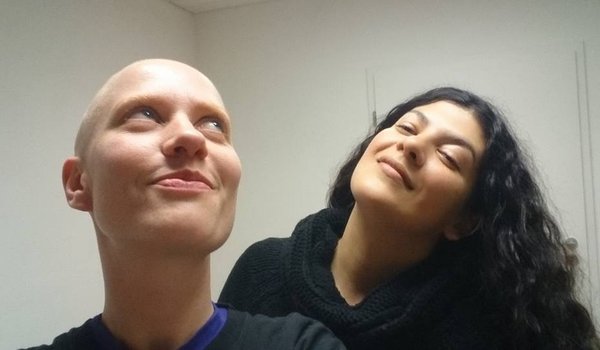 Camilla Vatne Barratt-Due studied classical accordion at the Royal Academy of Music in Copenhagen. She has worked as composer and musician developing concepts of sound for performance and contemporary dance since 2009. Her work has been showed at venues such as HAU, Radial System, London Royal Opera House, Inkonst (Se) Black Box Theater (No) Arts Santa Monica (Esp) and Kunsthallen Nikolaj (Dk).

In the work with accordions, she looks at different dynamic aspect referring to the instrument, through continuously problematizing its structure; both as a mechanical organism, and as an environment, evolving around a flickering behaviourism- being an instrument represented neither by the real authentic folk or classical genre of music.

Alexandra Cárdenas is a composer, programmer and improviser of music born in Bogotá, Colombia in 1976. She studied composition at the Universidad de los Andes where she also carried studies in mathematics and classical guitar. Her works have been played in diverse venues in America, Europe and Asia. In 2003 she obtained an Artistic Residency at the Centro Nacional de las Artes (CNA) in Mexico City. In 2010 she was part of the program Prácticas de Vuelo at the Centro Mexicano para la Música y las Artes Sonoras (CMMAS). In 2011she was granted an Artistic Residency at the Tokyo Wonder Site in Japan, where she wrote a piece for Nanae Yoshimura (koto), Suzuky Toshiya (flute) and live electronics.

Using open source software like SuperCollider and TidalCycles, her work is focused on the exploration of the musicality of code and the algorithmic behaviour of music. An important part of this exploration consists of the practice of live coding. Having an intense activity as teacher and performer of live coding, Alexandra is among the pioneers of live coding in electroacoustic music and part of the forefront of the Algorave scene. Currently she lives in Berlin, Germany, and is doing her masters in Sound Studies at the Berlin University of the Arts.